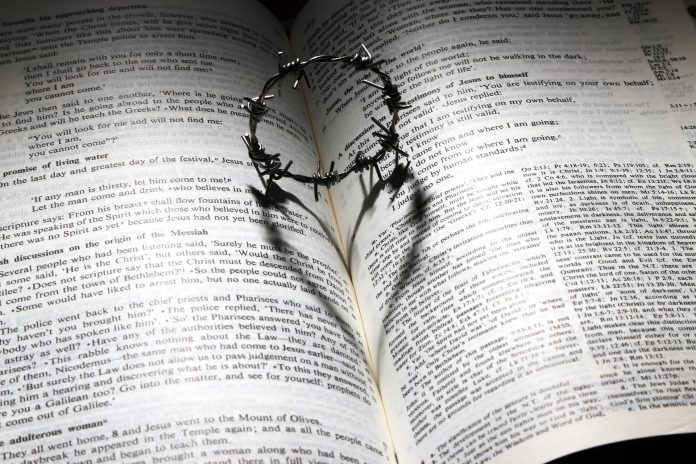 In Genesis we read that all things were created by God and by God speaking everything was created. In John 1 we see the fulfilment of knowledge that the Word was with God and the Word was God, he was in the begining with God and all things came to be through him and without him nothing came to be. Then the Word became flesh and made his dwelling among us. The Word is Jesus Christ who is the creator of all things including all the angels, which is what lucifer is.

The Mormon church teaches that He (Jesus) is the First Begotten Son of the Father in the premortal existence and the Only Begotten Son of the Father on earth. God the Eternal Father is the literal parent of our Lord and Savior Jesus Christ and of His other spirit children. Note that this indicates that Jesus is not God nor has always existed. He is the created literal first son of God. The Book of Mormon is relatively silent on the subject of his conception. Many Mormon leaders have given their input that Mary was not a virgin at the time of Christs birth.

A very well known Apostle in the Mormon church by the name of Bruce McConkie wrote in denial of the Virgin birth saying, “Christ was begotten by an immortal father the same way mortal men are begotten by mortal fathers.” (Mormon Doctrine 1966, p547)

Brigham Young, notably one of the most famous of prophets and leaders of the Mormon Church, stated on July 8th 1860 “There is no act, no principal, no power belonging to the Deity that is not purely philosophical. The birth of the saviour was as natural as are births of our children; it was the result of natural action. He partook of flesh and blood and was begotten of his father, as we were of our fathers.”

Now going back to the premortal existence, the Mormon church believes that the war in heaven as referenced in Rev 12:9 is much different than we Catholics believe. They believe that there was a great debate about man’s plan of salvation if they are to be sent to earth to receive bodies and return to God one day. They believe that God (whose name is Elohim according to Mormon doctrine) heard two different plans, the first plan was that of his first son Jesus, Jesus wanted man to have free will and choose to come back to God. Lucifer had the plan that all men would be forced to choose good and all would come back to God. After some deliberation Elohim chose Jesus’ plan which caused satan to rebel and be thrown down as read in Rev 12.

In comparison to Catholic doctrine, we must remember that there was no premortal existence and no debate ever took place. Jesus revealed that God is triune so we can not believe that there was ever any debate where God was debating lucifer over the nature in which man’s souls would be saved. We also believe God is Omnipotent which means God knows literally everything and how everything is going to work since before he created time. To say that there was a debate means that he wasn’t sure what to do which undermines his Deity as God. For just a moment, think about who are saviour would be if Elohim had chosen lucifer’s plan.

Mormons and Catholics will mostly agree on his life on earth, he did perform miracles, he forgave sins, as a boy he disappeared for 3 days and was found in the temple, he changed water into wine (though Mormons will adimitly state that wine back then had no alcohol), he did pray in the garden before crucifixion and in fact he was crucified.

The details of the meaning and significance of praying in the Garden, the crucifixion, and where he went after his death is where Catholics and Mormons will differ. For Mormons, it is in the Garden of Gethsemane where the atonement actually took place. Mormon leader and prophet Ezra Taft Benson stated “It was in Gethsemane that his pain was equivalent to the cumulative burden of men, in gethsemane that he descended below all things so that all could repent and come to Him.” (Teachings of Ezra Taft Benson, Pg.15.)

Catholics must look at the prayer in the Garden as especially sacred, we have to view it not as the completion of the atonement but that of Christs human nature. Jesus knew what was going to happen and having all human emotion he cries to the Father stating “Abba, Father, for you all things are possible; remove this cup from me; yet, not what I want but what you want.” Jesus at this point is making it clear that he didn’t want to be crucified but he wanted what the father wanted. This is not the act of redeeming our souls, but was his consent of what was to come so that our souls could be saved.

Mormons will agree with what the bible says about the crucifixion. They will agree that it was bloody and sorrowful but they will say it does not represent the atonement. We Catholics can look at the bible with full confidence and the fact that the cross and his sacrifice was prophesied all the way back to when  Abraham was told to sacrifice Isaac. Isaac cried out “where is the lamb” to which they found a Ram with its head caught in the thicket to which the Ram was sacrificed in Isaacs place. The Ram represents Christ as the sacrificial victim in place for Isaac who represents all of us, the rams head caught in the thicket prophesied our Lord’s crown of thorns before being sacrificed as the lamb for our sins and for our salvation.

So why do we Christians believe that Christs blood had to be shed for the forgiveness of our sins? In a sense, Jesus didn’t have to die for our sins. God could have chosen any other method of reconciling man back to himself. Saint Thomas Aquinas stated, while anything God chose would have sufficed for our salvation the passion was the perfect means. 1 Corinthians 6:20 says: you are bought with a great price: glorify and bear God in your body. We must also never downplay our sin and how terribly offensive it is to God. So offensive that at passover the Jews would make their sacrifice of an animal and the blood would be scattered over the people in an attempt to have some pardon of their sin. Sin is so bad and God is so holy that sin can only be forgiven by blood. An animals or my very own blood could never make up for the sin we commit. This is why we needed a saviour and his most holy blood to cover our sins. By no amount of work could we ever redeem ourselves.

Once Christ died from crucifixion the Mormon church believes that Christ went to the Americas to teach a people called the Lamanites, the Mormon church believes that the modern day Native Americans are Lamanites and that they are descendants of people from Israel who migrated by boat from the middle east to the americas around 600BC. No DNA or archeological evidence exists to verify this claim. This is what the book of mormon is mostly about, another testament of Jesus Christ wail in the Americas.

To the contrary, Catholics have no reason or proof to think that Jesus went to the Americas after his death. We have many reasons to believe what the apostles creed states, that Jesus descended into hell and rose again on the third day. So why did Jesus descend to Hell? First we must understand the translation doesn’t fair well to those who do not understand. Jesus did not descend to the hell of the damned, he descended into into the realm of the dead known Hades in Greek or Shoel in Hebrew because those who were there had been denied the vision of God. John 3:13 Jesus said that No one has gone up to heaven except the one who has come down from heaven. This means that those that were righteous where waiting on their savior and redeemer.

In conclusion, we must always know and study our faith because all to often, the complexity of mormonism can persuade good Christian people, who are seeking honest answers into false doctrine and heresy. I sincerely hope this helps you understand the most important topic which is our Lord Jesus Christ and his most Holy Church.

Why Is Going to Church Important?

10 truths that Catholics have forgotten

The Sovereignty of God and the Kingship of Christ

Looking for My Greatest Success