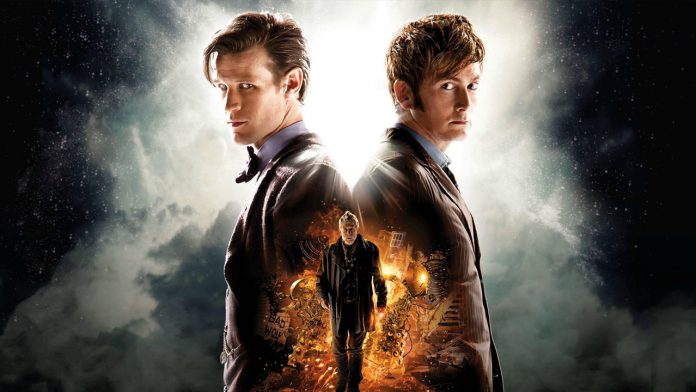 Hypothetically, if a Catholic were to travel through time, what would that mean for his or her faith journey?

To many, I fully realize that this likely seems like a nonsensical question. After all, since time travel is fundamentally impossible given our current technology (and all reports on the Great Chastisement seem to indicate that the Earth will never actually reach that level of technology), what’s the point of speculating about it? Wouldn’t it just be a pointless waste of time and energy?

In one sense of the word: Yes. I truly do believe that attempting to create a full-fledged manual and set of Church-approved regulations for time travel would, indeed, be a waste of time. That said, I do think that speculating about the idea truly can bring about a deeper understanding and appreciation for the timeless nature of our Catholic faith. With that: Let’s dive in!

Mass
I’m just going to start with this one, as it’s the largest and easiest of the various possibilities to tackle. Hypothetically, if you were to travel back in time with a priest: Could you still have a valid mass?

The answer to this one is simple: Yes.

A fact that gets missed a great deal in today’s world is the fact that the mass is a sacrifice. Each and every mass is a re-offering of Jesus’s body to God the Father, the exact same sacrifice that took place on Calvary two thousand years ago. Every single valid mass that has taken place since then has been that exact same sacrifice. Technically speaking, while there are masses taking place at any and all times around the world, there is only one Mass that each of these local congregations participate in.

Because of that fact, because it stretches across all of time, should a priest travel back to meet up with Moses, he could theoretically offer a valid mass. That, to me, is amazing. The fact that God exists outside of time, the fact that such a thing would be possible, simply speaks to the positively mind-blowing nature of the true Catholic faith. I also believe that the other sacraments would fall into the same category: As they are channels of God’s grace, and God has existed in three persons from all eternity, they would not be overtly affected by time travel.

The Saints
Alright! Now that we’re past the easy one, let’s start digging a bit more. At this point, I do want to make something explicitly clear: This is in no way, shape, or form a proper teaching of the Catholic Church. This is something that I want to share in order to encourage others to look more deeply into their own faith, not something that I intend to preach dogmatically on.

Anyway, with that caveat out of the way: The saints. If you traveled back in time to World War 1, could you still pray to Pope St. John Paul II? Or Mother Theresa? What if you went back even further? Potentially all the way to the Old Testament? Would you still be able to pray to Mary if you arrived in a time before she was born?

To this… I honestly don’t have a fantastic answer. That said, I think that by looking at various aspects of Church teaching, I can come to a conclusion that I’m reasonably satisfied with.

Simply put, while God himself is outside of time and is eternal, heaven itself seems to have at least some temporal aspect placed upon it. This can be seen in a number of ways, both through scripture and tradition.

First off, and perhaps most tellingly, is the fact that heaven was closed until Jesus rose from the dead. This is one of those minor doctrines that isn’t talked about much, but the tradition of the Church states that, prior to Jesus’s death, the gates of heaven were closed. The patriarchs of the Church (David, Abraham, Adam, etc), spent their time between their deaths and Jesus’s descent into hell in, well… Hell. Now, theories abound as to what exactly this entailed, and the generally accepted theory (at least as far as I can tell) is that they were in a separate location from those who were damned. That said, they were indeed denied the beatific vision until Jesus came down and led them into glory.

This can be even further broken down by the doctrine of purgatory. While there have been many various interpretations of purgatory over the years, it is accepted that purgatory is part of heaven, not its own individual plane of existence. In purgatory, souls clearly go through a progression of temporal suffering that lines up with temporal time. An example of this can be seen in the development of the “30 Gregorian mass” tradition that was quite prevalent in the earlier days of the Church (look it up if you’re not familiar with it, it’s a really cool tradition that I think we should bring back).  Since purgatory is an aspect of heaven, the fact that it does contain a temporal aspect seems to me to be even further proof that heaven itself contains a temporal aspect.

Thus, because of this, it would certainly seem as though we could not pray to saints who have not yet entered into the beatific vision. Praying to the saints is often categorized as being along the same vein as asking your parents, friends, neighbors, etc. to pray for you. You quite obviously couldn’t ask them to pray for you if you weren’t in a position to actually ask them (i.e. not around them, without phone service, etc), and so my conclusion would be that the same general principle applies to the timeline and with saints in heaven. It should be noted that, in this same vein, you would be unable to pray to, say, David, even after his death, if you arrived before the gates of heaven were opened.

Non-dogmatic church teachings
Alright, let’s get into the really fun stuff. What about all the church regulations that are constantly being updated? The stuff that doesn’t necessarily have the same level of dogmatic authority as belief in the Eucharist, but still has some pull.

For example: The structure of mass. Prior to 1965, it would have been a rather considerable offense for a priest to celebrate mass in the same structure as the current Novus Ordo. In the same way, in today’s society, it would be considered an abuse to celebrate mass in one of the historic rites of the Church that have since been phased out (once more: A fascinating subject of research). Other potential examples include imposed fasts, holy days of obligation, and more.

Say you just wanted to pop in to the fifteenth century and say hello. Maybe stay for a week or so, then hop back. In this case, I think that you would be bound by whatever rules were in place when you left. So say you left in the middle of summer, but arrived in the middle of Lent. With no intention of staying until Easter, I don’t think that you would necessarily be held to the same rules of fasting as everyone else in that time period. The same would go for a mass: If you brought a priest along on a pilgrimage to the historical Jerusalem, I don’t think it would be a particular issue to celebrate Mass in whatever canonically approved rite you had left from.

Now, these issues would change drastically if you were to actually participate in the culture of that day, not merely observe. For example, if you wanted to attend a mass given by Pope Leo X, you would then be bound by the rules and regulations laid down by him until such a time as you returned to your original time. In the same way, if you were going to camp out for a month or so, going on an extended vacation so to speak (or even moving there permanently), you would then need to observe the rules and regulations of that particular time period.

To close out this last segment: I do certainly think that it would be a sin to attempt to “escape” to another time simply because you are disgruntled with the current time. There are many Catholics (myself included) who find themselves ever-more frustrated with the way that things are being handled in the Church today. The abuse crisis, the massive disbelief in the true presence even among clergy, the list goes on. If you did happen to possess a time machine and attempted to escape to another time, I think that this would be tantamount to simply running from your problems. God places you where he wants you, and guides you to where he wants you to be for His glory. God sometimes guides people to flee from captors, but he always condemns those who simply run in fear. Faith must be our guiding principle, not simply the freedom granted to us by modern (or potentially far-post-modern) technology.

In conclusion, I fully realize that no one reading this is likely to have need for a guide to time travel anytime soon. That said, time travel, as with any aspect of fiction, can be a truly powerful tool used to pry apart our own world and examine those things that we hold dear. The Catholic Faith is the one true Church, founded by Jesus Christ two thousand years ago. It contains mysteries deeper than any we could possibly fathom, and answers to all of life’s questions. I have no doubt that, no matter how complicated we continue to make life, it will continue to provide the answers that we so desperately need.