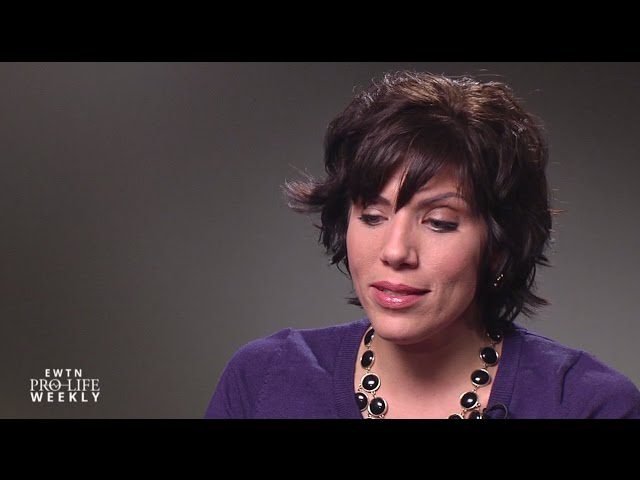 Melissa Ohden survived an abortion attempt and learned about it at age 14. In an interview with EWTN Pro-Life Weekly’s Catherine Szeltner, Melissa opens up about her life in a new way, including what it was like to meet her birth mother.

Melissa is the survivor of a failed saline infusion abortion in 1977. Despite the initial concerns regarding Melissa’s future after surviving the attempt to end

her life at approximately seven months gestation, she has not only survived but thrived. With a Master’s Degree in Social Work, she has worked in the fields of substance abuse, mental health, domestic violence and sexual assault counseling, and child welfare.

Melissa was formerly a College Outreach Speaker with Feminists for Life and is the former Patron of Real Choices Australia. She has testified before the U.S. House of Representatives and Senate, and the Australian Parliament. Melissa is on the Board of Directors for the Vitae Foundation, a national organization which uses media to advance a culture of life.

In 2012, Melissa founded The Abortion Survivors Network (ASN). ASN seeks to educate the public about failed abortions and survivors while providing emotional, mental and spiritual support to abortion survivors. Since ASN’s inception, Melissa has been in contact with over 210 survivors.
Melissa has been featured on television and radio programs including: The 700 Club, EWTN, Fox News, Focus on the Family, American Family Radio, the Mike Huckabee show, and the Teresa Tomeo show. She is the author of You Carried Me, A Daughter’s Memoir, which was released in January of 2017.

After years of searching for her biological family and offering them forgiveness for the decision that was made to end her life, Melissa’s story, and her life, is so much more than one of survival. It’s evidence of the intergenerational impact of abortion on all of our lives. More importantly, it’s a testament to the beauty of God’s grace in our lives, the power of love, and the transformational power of forgiveness and in answering God’s call for your life.

Fulfilling the purpose that she believes God set out for her when He saved her from the certain death of the abortion attempt, Melissa is truly a voice for the voiceless.

Who was Guadalupe Ortiz de Landázuri?

Guadalupe Ortiz de Landazuri was born in Madrid on 12 December 1916 and died in Pamplona, with a reputation for holiness, on 16 July...
Read more

"There is no model for an ideal Jesuit, each offers his talents," Antonio Spadaro explains. The Jesuits We are the Society of Jesus, a Roman Catholic...
Read more

Please share this video by clicking on the social media icons below the video. This is part 1 of a three part series on...
Read more

Good people go to heaven when they die, right? Well, according to the Gospels, not exactly. Fr. Mike Schmitz points to at...
Read more